ACU and the "way" of CitySquare

Posted by Larry James at 4:43 PM No comments:

Minimum wage needs to be raised because current value is LOWER than it was in the 1960s. 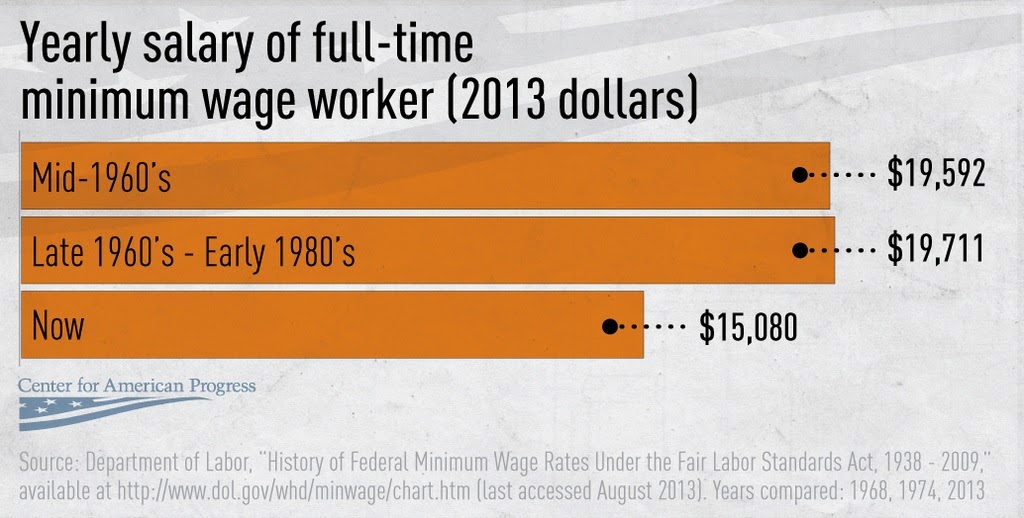 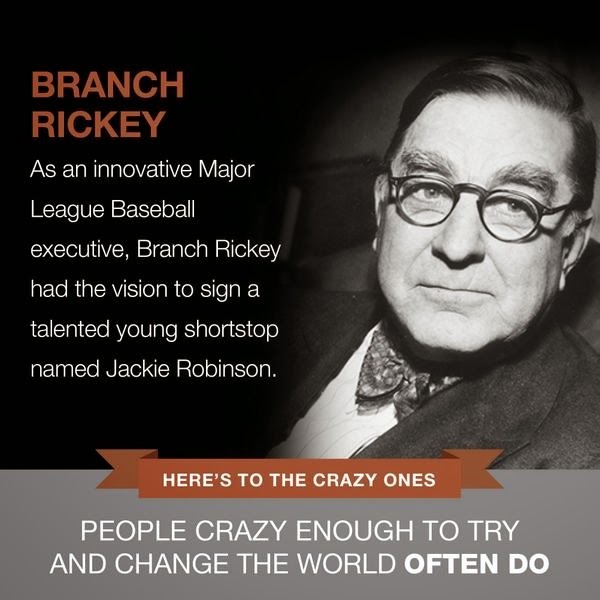 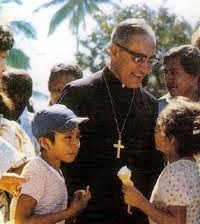 “There are many things that can only be seen through eyes that have cried.”
― Archbishop Oscar A. Romero
Posted by Larry James at 1:33 PM No comments:

Poverty in Dallas: an Urgent Matter

[What follows is the text of my opening statement last week before a briefing session of the Dallas City Council and Mayor Mike Rawlings.  During the almost 3-hour conversation, we presented the initial findings of the Mayor's Task Force on Poverty.  It feels like we are making progress.]

`About six months ago, Mayor Rawlings invited me to chair a task force on poverty for Dallas.  The objective was to identify 5-6 steps that could be taken quickly to create catalytic impact relative to the problem of poverty in Dallas.


The mayor reminded us all that the short-term future of Dallas was bright for the next 5 years or so.  Beyond that line of sight, things didn’t look so certain; in fact, the outlook for the longer term appeared troubling.  The mayor understood that the surprising growth of poverty in Dallas posed a very real threat to our entire community, and that we had to find ways to pull together as one for the sake of all.


What you are about to hear is the product of the task force’s hard work.  Much of what you will hear should be unsettling to you.  It is to us.  In my view, Dallas is not only the “tale of two cities,” it is also the untold tale of one city—a city within a city defined by poverty, limited opportunity and an uncertain future; a city well acquainted with unrelenting “toxic stress.”  It is not acceptable for a city as full of wealth and opportunity as Dallas to be ranked as the 4th poorest urban center in the United States just behind Detroit, Memphis and Philadelphia.


Clearly the time has come to go to work with new vigor.
Posted by Larry James at 9:52 AM No comments:

[S]imple people can be amazingly powerful when they are members one of another. As everyone knows, it is almost impossible to create a fire with one log, even if it is a sound one, while several poor logs may make an excellent fire if they stay together as they burn.

The truth of white privilege

By an accident of birth I was born privileged.

I was born a white male.

My gender and my race set me up in a position of amazing advantage.

To deny this basic truth would be the ultimate in self-deception.  To pretend that I've "made it own my own" would be the most damaging lie.

No one ever turned my father or me away from a drinking fountain.  In fact, my society thought so much of us that we had a designated fountain with the word "ONLY" set in place to assure no one but our kind drank from these special places of refreshment.

No one ever turned me away or thought of turning me away from a school, a hotel, a neighborhood, a church, a restaurant, a business establishment or a job due to my racial identity.

My father moved from share cropping in West Texas to being a successful real estate developer.  How?  He was smart, but not formally educated beyond the 11th grade.  He got an opportunity.  He was given a chance.

Everyone in his work world was white.  The job he began with at the City of Richardson could have been filled by a black man, but that's not how things worked.  He was able to move into the private sector from that job and its experiences.  I have to believe that the only thing separating a black dad from such success was the absence of an invitation to give it a try.

Growing up, I never thought of myself or my family in racial terms.  Such thoughts were reserved for people  of color.

Special schools were reserved for me and my friends, and they were all white.  The black kids in the area had their own schools.  I never saw the students or their schools.

The barriers facing my black and Hispanic friends as they grew up were real, considerable and almost impenetrable.   It literally took an act of Congress to open doors sealed shut for so long.  Actually, it was a matter of cutting doors through thick, unforgiving walls that finally opened up some passages for advancement in spite of their racial identity.

There is no place for smugness when it comes to racial justice in the United States.

We have an African American president.  That is a signal achievement for the nation.

However, don't be fooled.

White privilege, and male at that, remains a powerful force in our culture.

And personally, before I get too sold on my own accomplishments, it is always helpful to remind myself that I started, via a genetic lottery, with a huge advantage.

If you look at life as if it were a football game, I was born on my opponents' 5-yard line, while they weren't even in the stadium.
Posted by Larry James at 5:07 AM No comments:

Racism hurts.  In fact, it destroys, and the destruction goes deep into a person's psyche.

Racism and prejudice are not the same.  All racists are prejudiced.  But racism combines a hateful prejudice with power.  It's the power that gives prejudice teeth, transforming it into a force that works in individual lives and decisions, but even more importantly, it also spawns policies and systems capable of oppressing entire groups of people on the basis of race and ethnicity alone.

Without a doubt over my lifetime, we've made progress as a nation in our struggle with and against racism.  Still, two factors combine to ensure that our struggle must continue.

First, systemic racism still exists, and in some situations it is on the grow.

Disproportionate numbers of African Americans end up in prison in this nation.  Violence against black "suspects" fills our news:  young people in hoodies, an asthmatic adult choked to death, a young man in Ferguson, Missouri gunned down by a police officer as he held his empty hands high above his head in a posture of surrender, organized attacks on various essential expressions of the Voters' Rights Acts threatened to call in question the legitimacy of our electoral process.  I know black mothers who feel compelled to teach their children how to react to authority figures in our culture, especially police officers.  Who am I to question their assessment of the world their children must face even today?  Rather than question or minimize, I just need to listen and learn.  I could go on.  People who protest too much about any conversation involving the so-called "race card," make me wonder about their true worldview regarding the subject.

Second, seasoned civil rights warriors have been defined in many respects by their experiences in the battle against racism.  Such self-definition must be honored, not rudely brushed to the side.

Many activists in my generation simply cannot forget what went before the progress we have made.  Frankly, it is unfair to ask them to forget that which has defined their lives so completely.  White persons who insist on "moving on" or who urge us to forget the past in defensive responses to words like I am sharing right now, just don't understand.  There is a time for simple listening in a real attempt to understand those who have been wounded and forever altered by the pain of the long night's struggle. The progress many white folks and even younger minorities want to quickly tout would not have been realized without the sacrifice of the generation that calls on us to never forget.

Sometimes being thoughtful means simply being silent, even when you don't agree, so that real hearing, listening and understanding can happen.
Posted by Larry James at 5:33 AM 2 comments:

Reflections in the face of deep grief

[A couple of weeks ago, a homeless woman and friend to CitySquare was murdered under an I-45 bridge near our new Opportunity Center.  What follows are the reflections of one of our team leaders here at CitySquare.  Jonathan knew Ava well, as his sentiments reflect.  What he says speaks to the faith of our team and the hope of our community.]


Hello all. I arrived at work this morning to find your kind and thoughtful card on my desk. Thank you for your thoughts and offer to help during this time. I am still cycling through different emotions for Ava and the homeless community around the OC. I am angry, then sad, then strangely at peace. Some staff, volunteers, and neighbors are going to meet with me soon to discuss how we can best honor Ava and do our part to create a safe space for our friends in this area, especially under the I 45 overpass. I am reminded of a scene from the movie The Shawshank Redemption. If you have seen the film you will be familiar with the scene during which Andy plays a record of two women singing over the prison PA system. This landed him in solitary but it was worth it to him. It reminds me that there are moments of great beauty, of transcendent truth even in the reality of the ugliness we face every single day. Ava was a person of great beauty. She made this dark world brighter and we are missing more than a friend, we are missing sunlight. I have faith that Ava has been welcomed into a kingdom that has been prepared for her and for all of us since the beginning of time and that as I write this she is comforted and renewed by God. I have faith that this is the destiny of all of us. Thank you all for the work you do and for how much you love and care for our neighbors. I cannot wait for you all to move over here and to see you every day. You are a blessing in my life and a constant source of strength.