1.  Gun deregulation to the extreme places more weapons on the streets of cities and in the hands of extremists.  People die.

2.  Evictions allowed in Texas ahead of national/federal guidelines.  People move into homelessness.

3.  Politicizing vaccines and their delivery.  People get sick and paranoid.

5. The "Big Lie" that Joe Biden "stole" the eleection.  People doubt our system.

10.  The more than 100 U. S. House members who voted against election results and refused to seat their electors. . . .on January 6!  Faith in our union lost.

Troubled by all of these things and more for my own sake and that of my family, not to mention the vulnerable impoverished.

Posted by Larry James at 5:00 PM No comments: 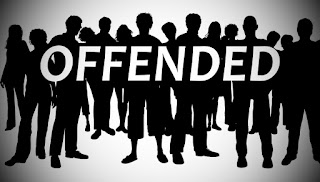 The notion of being "offended" by Jesus interests me.  Jesus' words in Luke 7:23  pull me up short:  "And blessed is anyone who takes no offense at me.”  The word here is related to the idea of scandal or being scandalized.  It means to "stumble."

This incident arises because John finds himself rotting in Herod's prison.  He wonders if he's on the right track or not.  Glad to pay the price of disruptive, civil disobedience, so long as the cause is right and the leader for real.

Here's how Luke records it:

He cares about sick people and their suffering.

He cares about behavioral health and mental illness.

He cares about people who can't see.

He cares about those who can't walk.

He cares about the incurable and the stigmatized.

He cares about those who can't hear.

He cares about bringing the dead back to life.

And on that long list of radical interventions into very difficult life situations he ends by reminding these investigators that "the poor have good news brought to them."

Given who Jesus claimed to be, his lifestyle often offended people, often religious people who were in power and often addicted to power.

We find the same dynamic at work today.

I'm not sure exactly when the current fragmentation of the faith began.  ActualIy, it has been with us since the earliest days of the Church.  I remember how in the early 1970s, the so-called Christian Right  known then as "the Moral Majority" stepped forward to articulate an extremely mean-spiritied theology of exclusion and judgment.  Before that the Civil Rights Movement, grounded in the teachings of Jesus, faced stiff opposition from, of all groups, Southern, church-going Christians.  Before that transformative era, lynchings were justified by Christian racists.

No doubt, these groups, and many others, found Jesus extremely offensive.  Surprisingly, they found ways to step away from this offensive Jeusus while remaining people of religion and ritual.  Some chose to remake Jesus in their own image, much like Bruce Barton did aboout a century ago in The Man Nobody Knows.1925.  Barton made him into the ultimate businessman or salesman and avoided the offensive, socially engaged version of Jesus.

If you keep your eyes on the Jesus of scripture, at some point you'll want to know if it is true that he really put the pain and suffering of others above the rules of religion and the socially accepted
staus quo of the day.  Given the limits of our compassion and our continuing refusal to fully embrace the commitment to justice our leader modeled, being offended makes a lot of sense.

Some of what he did and said trips me up in the worst way.  But, I know he is right.  God help me to follow no matter how offensive he may seem.

Posted by Larry James at 1:02 PM No comments:

Email ThisBlogThis!Share to TwitterShare to FacebookShare to Pinterest
Labels: community and truth, hard sayings of Jesus, Jesus and the poor, offensive truth

Purpose in the Maze-like Homestretch 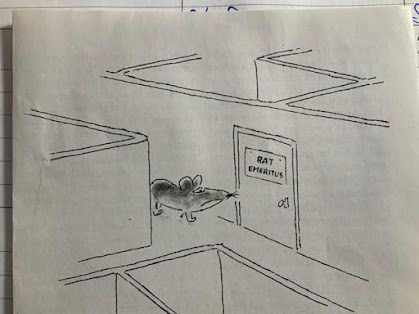 So, I've faced it:  I've been working on this job for a long time!  And, it's time to shift gears and think carefully about the time and space I have left.

Thanks to CitySquare's leadership (Executive  team and board), I now have the great privildge to serve in a new space.  My new business cards will declare me "CEO Emeritus."

What does that mean?

I can see that my new role could easily jettison real meaning and legitimate purpose and leave me vulnerable to being tossed in the rat maze searching for meaning.

So, I've been fairly deliberate about my next steps.

Function as Ambassador for CitySquare. In other words, I'll represent our efforts and our interests across the city, much like I have done for over 25 years.

Be an Adviser to the CitySquare team.  I'm eager to work with our executive team and other team members to process new ideas, provide access to available counsel on a wife variety of issues and opportunities.  I'll continue to be working with Dr. John Siburt as a supporter and colaborator.

Stand as an Advocate for justice and equity issues in our city.  This has been my life passion for over 50 years in Arkansas, Memphis, Shreveport, New Orleans, Richardson and Dallas.  The issues will arise as always in the course of our work but now I'll have time to work on them.  And, I think I have at least one more book in my soul somewhere!

One more thing.  I will now have more time to connect with neighbors.  The prospect of going deeper with my friends in the community really excites me.

It helps me to document this.  Written words indicate reality, commitment and prospects for purpose.  We'll see how it goes.

Posted by Larry James at 5:01 PM No comments: 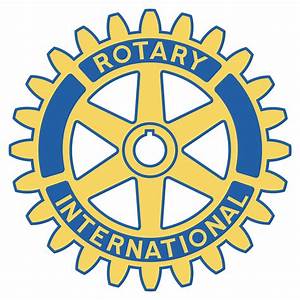 ·      For over 40 years, I’ve been working on the issues associated with poverty here in Dallas; before that we worked in Shreveport and then, New Orleans.

·      I’ve concluded based on my experience that we won’t defeat poverty by charity alone—it plays its role, but it is not up to the task of systemic impact, nor is it scalable.

The Hard Data/Truth:  We have a major poverty problem in the USA

You likely know the data well enough without my needing to repeat it all.  Everyone has witnessed the growing divide between a shrinking minority at the top and a growing underclass at the bottom.  Even during this pandemic, the rich have grown wealthier at the expense of the poor, who are disproportionately people of color.

Here’s a sad truth:  your longevity is linked directly to your ZIP Code!  Go on line to find how your zip code area compares to others in Dallas—up to as much as 16 years difference in life expectancy! Economist, Raj Chetty developed the Opportunity Atlas to plot these differences—for example, residents of a Preston Hollow neighborhood can expect to live 15 years longer than a person living in 75215.

Consider the scale of problem in Dallas and in our area:  In DISD all students receive free and reduced lunches; in Dallas County ISDs it’s between 70-75% qualify to receive these meals.

During the year, 25-30% of our children experience hunger; thousands are homeless.

So, how do we begin to mount a “Marshall Plan”-type response?

We are the people who rebuilt Europe and Japan after WWII!

We are the people who, via the GI Bill, educated an entire nation!  (though too white)

We are the people who through the FHA created housing stock for an exploding middle class! (again, too white)

We are the people who dealt with a marginal tax rate of 91% the year I was born to invest in a new nation!

I’ve been thinking about the weapons at our disposal today to engage in the fight against poverty.

What can we do just for starters?

·      Support comprehensive immigration reform that is sane and allows hard working people to come out of the shadows and move into citizenship—this used to be a bi-partisan point of agreement!

·      Expand health care for all, and in Texas, do it in this legislative session

One last fact:  every one of the public weapons at our disposal benefit our economy directly and immediately.

·       For example, where do SNAP and WIC benefits go?  Right back into the economy through Tom Thumb, Target and Walmart to create jobs and profits!

·      But Texas does such a poor job of enrolling SNAP recipients—less than ½ eligible and Texas loses $1B a year to the grocery industry as a result.  And, that number has been locked in there for over 20 years!

TThere is  no doubt we can turn this nation around if we have the will.  We’ve done it before  We can do better and we can do it again.

If you are interested in continuing this conversation, email me at ljames@CitySquare.org.
Posted by Larry James at 1:40 PM No comments:

Days of Our Present Horror 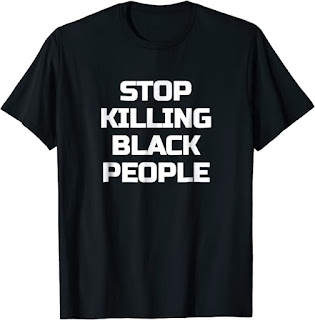 It has become so commonplace that we awake to the same news virtually every day.

Black people  have good reason to be afraid.

My God!  Last week a baby lost his life at the hands of police.  He was 13-years-old.

An officer in the U. S. Army filed a law suite against the state of Virginia.  He brought video.  The policeman who stopped him back in December sounded and appeared out of control.  The soldier had the good sense to stay in his car with hands visible.  Still, he was pepper sprayed in the face.

How does this go on hapening again and again?

A significant part of any answer must recognize that something baked into law enforcement today acts as a delivery system of  horror  The fear arises every time a traffic stop occurs or a young black kid walks out in public after dark wearing a hoodie.  The atmosphere is super-charged by blackness and a standard set of false assumptions that have become all but universally and automatically applied by the police to black people to one degree or another.

Whlle a member of a predominately Black church here in Dallas, we offered a Sunday School class series that taught our youth how to interact with police when encounters occurred.   We regarded the class as life saving necessity.

It is as if we inhale racism as a nation.

Our current situaiton goes beyond systemic to metastatic even for those of us who fancy that we've made progress, that we've moved beyond.  But, then the horror returns.

Can it be that we need racism to persist?

The late James H. Cone argued in his classic book, God of the Oppressed that "Jesus is black."  Think about that for a while.  Allow the implications to settle in.  Finding God today seems a real challenge.  Cone's road map contains possibilities that few of us have considered.  The theological construct woven in this comparision contians the therapy we need, especially in faith communities.  The faith we so eagerly share must contian fierce commitment to anti-racist lives, organizations and actions.  Leaders need to present a radical message to congregants that equip them for encounters that lead far too often back to the horror we dread but find completely unsurprising.

At one level it is not that complicated.

Posted by Larry James at 3:27 PM No comments: