Kay S. Hymowitz
Why Spike Lee Is Wrong About Gentrification
We’ve yet to find a better alternative for urban revival.

BETH J. HARPAZ/AP/CORBIS
Columbia Heights, one of several Washington, D.C., neighborhoods that declined during the 1960s, has been transformed by gentrification.

In the 1990s, decades after the riots that followed the 1968 murder of Martin Luther King, the Washington, D.C., neighborhoods of Logan Circle and Columbia Heights still showed scars of that terrible time. Through many of those years, the mostly black residents of those areas would be in luck if they were looking for a prostitute or a drug deal; they had a harder time tracking down fresh spinach or blood-pressure medication. Logan Circle’s elegant Civil War–era mansions were crumbling or boarded up; the turreted row houses of Columbia Heights were in even worse shape.

Still, the local D.C. government was growing aware of the potential of these two neighborhoods, near as they were to federal government offices and the swarm of lobbying and law firms and media and public-relations outfits near them. In 1999, a metro stop opened in Columbia Heights, right across the street from a spiffy new Target. A Whole Foods took up residence a year later in a former auto-parts store near Logan Circle. Fortuitously, the District was at the same moment beginning to catch the eye of a growing number of career-hungry recent college grads.

Read more here.
Posted by Larry James at 6:03 AM No comments:

National dilemma: "to house or not to house"

The same challenge confronts communities, especially large urban areas, all across the nation.

What are we to do with people who have no place to live?

Of course, the clear and most effective answer is to provide permanent supportive housing for anyone who is on the street and in need of a "housing solution," and provide it first.

Shelters, like the one described in the video news report, are designed to address emergency situations. However, everywhere these shelters turn into long-term housing solutions for many, something that they simply are not.

Here's a story from Denver, CO, a city where CitySquare works every day.

We hope that someday, sooner rather than later, we will be able to bring new housing stock to some of the people you'll see in the report.

And, by the way, permanent supportive housing, once built and leased, usually improves neighborhoods and mitigates complaints and fears that always crop up.

Much work to do.

Living until and through the end. . .

Beautiful are the youth
whose rich emotions flash and burn,
whose lithe bodies filled with energy and grace
sway in their happy dance of life;

and beautiful likewise are the mature
who have learned compassion and patience,
charity and wisdom, though they
be rarer far than beautiful youth.

But most beautiful and most rare is a gracious old age
which has drawn from life the skill to take its varied strands:
the harsh advance of age, the pang of grief,
the passing of dear friends, the loss of strength,
and with fresh insight weave them
into a rich and gracious pattern all its own.

This is the greatest skill of all,
to take the bitter with the sweet and make it beautiful,
to take the whole of life in all its moods,
its strengths and weaknesses,
and of the whole make one great and celestial harmony.
Robert Terry Weston
Source: Great Occasions (edited by Carl Seaburg)

Add your thoughts at inward/outward
Posted by Larry James at 7:00 AM No comments:

Email ThisBlogThis!Share to TwitterShare to FacebookShare to Pinterest
Labels: beauty and community, elderly, life stages, living until the end

Posted by Larry James at 7:00 AM No comments: 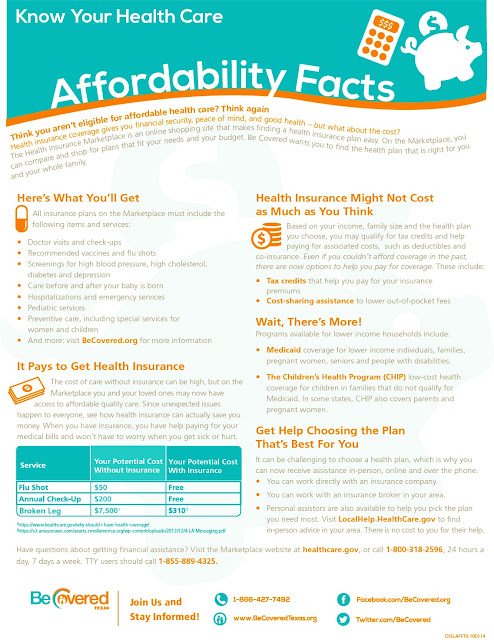 Posted by Larry James at 3:41 PM No comments: 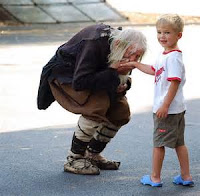 I'm no longer hesitant to tell you:  I believe in angels.

Here's what I've learned about these other-worldly beings:

Angels seldom present with all of their teeth.

Angels know how to beg--apparently, they've been doing it for centuries.

Angels reframe my take on the 24-hour-a-day news cycle.

Sometimes, angels smell bad.  Actually, they smell bad most of the time! (Maybe the trip from heaven causes that.)

If I give them just a moment of my attention, they'll tell me everything that I wonder about them.

Angels keep me confused by their  requests, their honesty and their simplicity.

Angels reveal to me that this world is not all there is by any stretch of the imagination!

Angels put all of my problems into healthy perspective; which is likely the reason why they show up so often in my world.

Angels can be aggravating!

Angels show me the way to be human.

Angels come to bring me a word of truth that I need but too often resist!

Funny, over the last two decades living and working among impoverished folks, I've met more angels than in all my life before.

Angels love "poor people."  As a matter of fact, the homeless poor in Dallas, and especially those in "tent city," reside with the angels.

Posted by Larry James at 6:21 PM No comments:

Email ThisBlogThis!Share to TwitterShare to FacebookShare to Pinterest
Labels: angels, Christ in the poor, Christian spirituality

Can we just get real, people?


Hey, a "must read" from our friends at The Dallas Morning News:

Forget that Wal-Mart started its holiday layaway plan in August, and Target rolled out the Christmas trees alongside Halloween decorations in September.

Blog owner's note:  People who really care about keeping Christ in Christmas should more far, far away from this silliness.  No wonder most people select "None" when it comes to religious/faith preference.

Seriously!
Posted by Larry James at 3:28 PM No comments:

Posted by Larry James at 4:42 PM No comments: