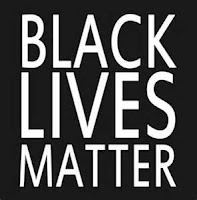 "The real crisis isn’t one night of young men in the street rioting. It’s something perhaps even more inexcusable — our own complacency at the systematic, long-term denial of equal opportunity to people based on their skin color and ZIP code."
Nicholas Kristof, "When Baltimore Burned,"
The New York Times, April 29, 2015
Posted by Larry James at 5:00 PM No comments:

We sat divided by thick glass.

We talked through the glass by telephone.

I just wanted to shake his hand, but I couldn't even touch him.

We've been corresponding for over a year.

It will take me awhile to tell you about him.

Be patient with me.

What follows is a summation of the positive, sustainable impact of the new Opportunity Center on the community in which is resides. I love this stuff!  Just had to share!

• The location of the building (south Dallas) and its operational activities; job training, food distribution, wellness center and community café, serve the community within which it is located, making great strides towards making the neighborhood a better place.

• The development was located on a site in an existing urban area in order to protect and preserve habitat and natural resources.

• Helped to reduce the urban heat island effect by using solar reflecting materials on both the ground and the roofs of the buildings, helping to keep the building and surrounding areas cooler.

• Using low flow water fixtures increased the water efficiency within the buildings to use 23% less water than would normally be used in a building of this type and size. This reduces the burden on the municipal water supply and wastewater systems, saving approximately 44,000 gallons per year.

• Reduced potable water consumption for landscape irrigation by 59% by using low water landscaping and green irrigation practices. The project is expecting to save 394,000 gallons per year.
Energy & Atmosphere
• Through the use of a geothermal (ground source heat pump) energy system, and low energy use lighting and appliances a 18.6% reduction in energy usage is expected, or approximately 195,350 kWh/year. This is enough energy to power 17 houses in one year.

• The building monitors its energy use to make sure these planned energy reductions are consistently being achieved.

• Has encouraged the development, construction, and operation of new renewable energy resources in this state by purchasing 2 years of Renewable Energy Credits (REC) for the project.
Materials and Resources

• Diverted 7.5 tons of metal, 26 tons of wood and 360 tons of concrete from the landfill during construction – recycling a total of 68% of all construction waste.

• Used materials throughout such as ceiling tile, solid surfacing and flooring with recycled content in them.

• Purchased materials locally when possible to cut down on transportation emissions and promote the local economy.

• Purchased Forest Stewardship Council certified wood to be used in the project, 45% of all wood used in the project (based on cost) was from sustainably managed forests.
Safe and Healthy Building
• Put in place a Indoor Air Quality Management Plan during construction in order to reduce the likelihood of indoor air quality problems.

• Used low-emitting materials to reduce the quantity of indoor air contaminants that are odorous, irritating and/or harmful to the comfort and well-being of installers and occupants. Materials included: adhesives and sealants, paints and other coatings, flooring systems and composite wood products.

• Tried to minimize building occupant exposure to potentially hazardous particulates and chemical pollutants by using walk off mats at all entry points and exhausting space where hazardous gases or chemicals may be present and using high efficiency filters that remove more contaminant particles from the air.

• Provided a high level of thermal comfort control for the individual occupants to promote productivity, comfort and well-being.

• Established and maintains a toxic material source reduction program to reduce the amount of toxic mercury brought onto the building site through purchasing of lamps.

Posted by Larry James at 5:37 AM No comments:

I've learned so much from "poor" people over the past four decades.

There is more to learn, and so much more to do to battle poverty.

I pray to God we can lift our eyes and see our sisters and brothers
linked to all of us.

Posted by Larry James at 5:34 AM No comments:

A note on life from the brother of Jesus (Part 4)

As noted recently on this page, from time to time over the next several weeks I intend to "dig into" the letter that James, the brother of Jesus, wrote to first century Christians.

Thought to be among the earliest, extant Christian writings, the brief letter addresses the challenges facing Jewish believers located primarily in the area around Jerusalem.  Clearly, these early devotees of Jesus experienced suffering, systemic economic oppression and some forms of persecution--possibly because of their opinions about the identity of Jesus and certainly due to the social and status implications of those strongly held opinions and life perspectives. These ideas, drawing on the social context and economic constructs, may lead us to read this familiar material in quite a new way.

12 Blessed is anyone who endures temptation. Such a one has stood the test and will receive the crown of life that the Lord has promised to those who love him. 13 No one, when tempted, should say, “I am being tempted by God”; for God cannot be tempted by evil and he himself tempts no one. 14 But one is tempted by one’s own desire, being lured and enticed by it; 15 then, when that desire has conceived, it gives birth to sin, and that sin, when it is fully grown, gives birth to death. 16 Do not be deceived, my beloved.

17 Every generous act of giving, with every perfect gift, is from above, coming down from the Father of lights, with whom there is no variation or shadow due to change. 18 In fulfillment of his own purpose he gave us birth by the word of truth, so that we would become a kind of first fruits of his creatures.


______________________________________
How does economic status affect life decisions?  How are the "temptations" of the rich different from those of the "poor?"
Most of the first readers of this short letter from James, the brother of Jesus, knew the "surround of poverty" right well.  They spent their days in common labor for low, inadequate and unjust wages that at times were not even paid!

No doubt, many faced the very real temptation to steal, to cut corners, to "hustle the man" who held all of the power, and to fight on his very unfavorable terms.
The message of Jesus, now mediated by his younger brother, pulls no punches.

The injustice of the rich doesn't provide license for similar behavior on the part of the oppressed.  James re-frames the issue completely.

The oppression of the powerful present the oppressed with a temptation, a dilemma.

Will I live as an obedient disciple of Jesus?

Or, will I succumb to the temptation to take matters into my own hands and level the playing field by means of violence, treachery or rebellion?

Will I behave as the unjust rich by oppressing those who are even less powerful than I am?

Will I depend on my own strength rather than the strength provided by my faith?

Will I look out for myself alone?

Will I surrender to immorality?

Will I give up my faith?

Will I "kiss up" to my oppressor?

Will I surrender my own self-respect?

Will I walk through life as a totally compromised human being because I am afraid?

Or, will I speak truth to power in my journey through and toward a better life?
Seldom do we connect the social context of life in the real world to the words of scripture.

Don't play the game of life by the rules set forth by unjust, greedy oppressors.

Rather, as God is generous beyond imagination, determine to live a life of generosity in response to injustice.

To give is to demonstrate one's direct connection to God, the first harvest of God's amazing creation.  All good gifts imamate  from God. Taking a cue from heaven, faith directs believers to live as givers, no matter what oppressors decide to do.

God does not change.  Nor should God's people, even in a world of injustice.

It would be impossible to recount all of the instances in which I have observed the urban poor, the extremely poor, give of their meagre resources to benefit others.  Food, shelter, money, transportation, encouragement, opportunities--I've seen "the poor" demonstrate generosity and move beyond the scale of the wealthiest philanthropist.  I've heard and witnessed the homeless refuse the offer of housing because they could not justify leaving friends and loved ones behind.

I've seen God in the lives of the outcasts and the marginalized, again and again.

James understood.
Posted by Larry James at 5:30 AM No comments:

Email ThisBlogThis!Share to TwitterShare to FacebookShare to Pinterest
Labels: "the poor" and generosity, Christ in the poor, Christian spirituality, community and generosity, James the brother of Jesus

We've learned this lesson at CitySquare.

Words and their selection really matter a lot!

. . .neighbor is better than client.

. . .concierge is better than case worker.

. . .investment is better than gift.

. . .return on investment is better than outcome.

. . .community development is better than charity.

. . .opportunity is better than delivering services.

. . .friendship is better than programming.

Enjoy this example of perspective. . . . 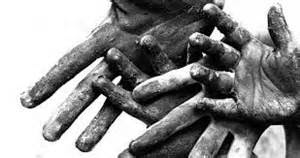 
We know where the homeless shelters are,
where flattened men sit, warmed by liquor
and the collective conscience
of addition and handicap.


of wasted years – a fading future.

We go to houses painted the shade


coats of fear and abuse building up,


concealing the shame and ignorance


of a life devoid of harmony


and strength in the daylight of love.

We sit in the foster homes


and place the injured offspring


into stations near the end


of an awfully short road,


with any luck - free of maltreatment,


but still choking with the exhaust


of separation and loss.

We glare past the packaging,


into the plastic hands of incubators


of ambivalent conception and crack cravings.


We leave the county hospital startled


by the miniature creatures


and the tubes keeping their faint rhythms alive.

We ring the AIDS center - beg them for an opening,


drop her off at the battered women’s shelter,


and latter query the housing authority,


then sigh when we’re reminded of the waiting list.

Sometimes our hearts aren’t in it


and often we’d die for another profession.


But if God returns while we’re still here


and we find ourselves in need of His attending to,


at least we’ll know where to find Him -


beside us - the social workers,


down and dirty with the least of us...

Posted by Larry James at 6:30 AM No comments:

Free Minds is a transformative resource that Dallas is fortunate to have available.

More to come, I know!

Posted by Larry James at 1:25 PM No comments:

Why not in Dallas?

Posted by Larry James at 1:31 PM No comments:

Preparing our children in and for prison