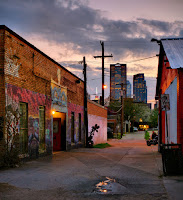 Tune in here to learn about CitySquare as reported by the CBS Radio Network!
Posted by Larry James at 4:33 PM No comments:

Rev. Paul Rasmssen, Senior Minister at the Highland Park United Methodist Church in Dallas, delivered this message to the church on the Sunday following the 2016 national election.

You'll want to listen, I can assure you.

The Mistakes We Make When Giving

The Wall Street Journal published a very helpful article on the mistakes we make when we give or think about giving with the most impact.

Pop Quiz:  True or False  "It is best to give money if the goal is highest impact."
Posted by Larry James at 5:00 AM No comments: 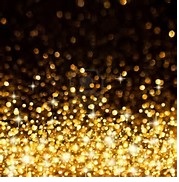 I see the Christmas story every day, all year long at CitySquare:

. . .the young women who discover they are pregnant before they are married.

. . .the poor fathers who lapse into homelessness at crucial moments.

. . .the kinfolks who believe with every new born child that the family is poised for better days.

. . .the ordinary, common, working people who show up to see hope, sort of like the shepherds.

. . .the immigrants who live on the run because of unjust public policy and cruel leaders.

. . .the political officials who go home another way to keep from confronting the oppressors who    threaten the poor and their children.

. . .the arrival of babies and the spread of joy and longing for better days and better options.

. . .the angels, ah, the angels who clearly visit us in strange disguise, but clearly other worldly.

Email ThisBlogThis!Share to TwitterShare to FacebookShare to Pinterest
Labels: Advent, poverty and Christmas

This is from The Brilliance.

Some may find it offensive, but the story of the birth and childhood of of Jesus was anything but peaceful.  It would be easy to write additional verses to this song, lyrics dealing with hunger, homelessness, and exclusion.  The ability to hear the contemporary truth of scripture through careful and faithful contextualization--ancient and modern--transforms people and systems.

May we have ears to hear.

Like far too many children today, violence, discrimination, fear, poverty and life "on the run" characterized the earliest experiences of this special baby.

As we worship the Christ child, may we really see him in the children who suffer today, near and far.

Posted by Larry James at 4:20 PM No comments: 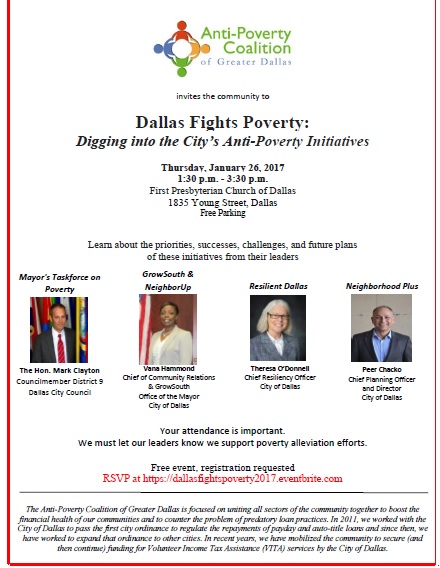 Posted by Larry James at 1:02 PM No comments:

Email ThisBlogThis!Share to TwitterShare to FacebookShare to Pinterest
Labels: Neighbor Up!, poverty in Dallas, public policy and poverty

My friend, Joe is dying.  Joe has advanced stage cancer.

I've known him for about three years.  I met him on a street corner.  Almost all of that time Joe has been homeless and on the street.

Thanks to a public health benefit, Joe's health care as he reaches the end of his life has been really excellent. Ironically, Joe's had the best living situation of his life during his time in a couple of local hospitals and a rehabilitation center.

Joe and I have stayed in touch by phone, and I've visited him in the care centers where he's been receiving treatment.

Earlier this week I visited him in the hospital.  He is weak, battling pneumonia and the cancer.  As always, he was glad to see me.  We visited for a while, and then, I had to go to get to another appointment.

I said, "Sure, Joe, that's an easy one," as I lifted the bank note from my wallet.

"Here you go!  Are you going to buy you something better to eat," I asked and motioned to his untouched, cold meal the nurses had set before him.

"Yeah, man, I'm going to find me a great buffet," he exclaimed, flashing his broad smile.

As I walked to my car, I remembered our street routine, repeated so many times.  Joe would ask me for money.  Usually, I gave him $20 at a time for something to eat. He needed a little help because he hated the shelters and preferred the freedom of the street, as cruel and unforgiving as it was.  At least with the street, he could deal on his own terms.

As I recalled those times, it hit me.  Joe didn't really need my $20.  He wasn't going to any buffet.  He's headed to hospice.

As I pondered in my flashback mode, I realized that is all Joe ever needed from me.  The money possessed varying degrees of value to him, depending on his circumstance.  But being able to approach a friend and have a request honored, there was what he really sought. It all translated to his own sense of worth.

Joe, old pal, you're worth so much more than you understand, so much more.
Posted by Larry James at 2:19 PM No comments: 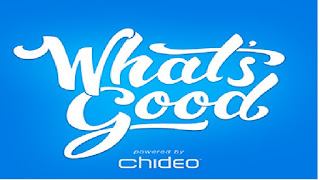 Chideo provides an effective platform for non-profit leaders, as well as celebrities, speak up for their causes.

Not long ago, Chideo added a podcast feature.  Check out my interview with Drew Hamilton here or here.

Thanks, Drew and Chideo!
Posted by Larry James at 5:09 AM No comments: