Join us for our Grand Opening on November 6! 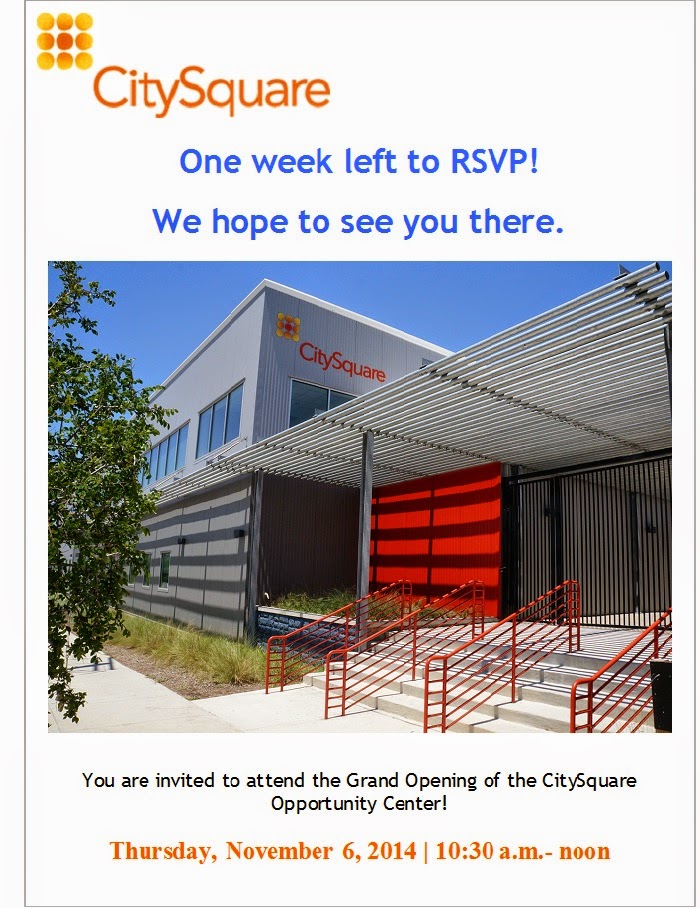 Posted by Larry James at 1:39 PM No comments:

To trust "the poor"

We've wondered about this very direct approach for some time at CitySquare.

Making the transition to the domestic, U. S. poverty context would likely present some new, unique challenges.

However, I continue to believe that there is an application to be found here for a place like Dallas. I base my opinion/hunch on my high regard for "the poor" and my trust that low-income persons can do a great deal for themselves.

What do you think?

A message from our partners. . .

What CitySquare needs from you. . .

Our numbers continue to explode!

Frankly, the pace overwhelms our team more often than not.

Between 70 and 75% of our funding involves designations and restrictions that do not allow us to use these dollars to cover short term cash needs. Ironically, while our bank statements remain strong, our available cash comes and goes over the cycle of the year.
Here's what we need: long term, serious investors in the work of CitySquare. Investors who support our work financially without restrictions or the limitations of designations as to how these funds may be used.  In other words, we need general funds without restrictions.

Translation:  We need monthly donors who consider themselves "members" of the CitySquare family.

Email me today at ljames@CitySquare.org or contact me on Twitter (@lmjread) and we'll enroll you in this special "investors'" group!

As this investors' fund grows, I'll report on its status here, as well as in other social media venues.
Posted by Larry James at 8:52 PM No comments:

I've been at this now for over twenty years.

Yesterday, I moved my office from 511 N. Akard in the heart of Downtown Dallas to our new Opportunity Center across I-30 in South Dallas-Fair Park.  It is exciting to be back in a neighborhood where people are fighting hard to scratch out a better life for themselves and their families.

Of course, the same thing is underway in our Downtown building--a 15-story, neighborhood in vertical.

I mean, we got "attitude" when it comes to poverty, how sick and tired we are of it and how sold out we are to see it diminished significantly.

Because we live on "the edge" here in more ways than I can count, we never stop studying, listening, learning, changing, trying, innovating, questioning, challenging and battling.

Our new center serves as our latest "Exhibit One" in this regard.

We designed the Opportunity Center to function as a "collective impact" resource for people serious about improving their lives through hard work, various training options, education about managing scarce resources and openness to willing and helpful mentors/coaches who are eager to get involved in the progress of individuals and of our larger community.

Our "standard operating procedure" includes things like:
I could go on, but I'll stop here.

Reflecting helps me understand why after more than two decades I still love coming to work every day.
Posted by Larry James at 2:12 PM No comments:

Here's a graphic display of the impact of the recent recession on giving among various income levels with the lower earnings strata beginning on the left with earnings moving up to the right. 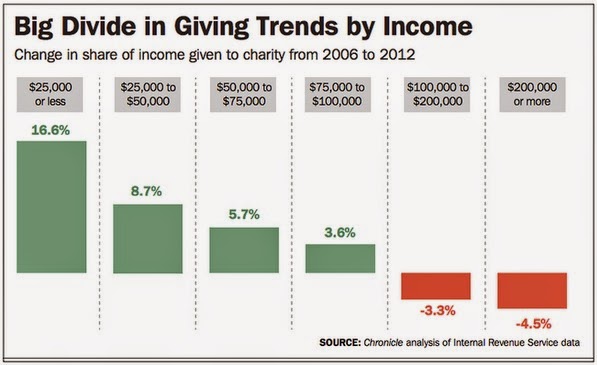 Over time I've learned, surprisingly, that it's tremendously hard to get teams to be super ambitious.  It turns out most people haven't been educated in this kind of moonshot thinking.  They tend to assume that things are impossible, rather than starting from real-world physics and figuring out what's actually possible.  It's why we've put so much energy into haring independent thinkers at Google, and setting big goals.  Because if you hire the right people and have big enough dreams, you'll usually get there.  And even if you fail, you'll probably learn something important.


It's also true that many companies get comfortable doing what they have always done, with a few incremental changes.  This kind of instrumentalism leads to irrelevance over time, especially in technology, because change tends to be revolutionary not evolutionary.  So you need to force yourself to place big bets on the future.

from How Google Works
pages xiii-xiv﻿
Posted by Larry James at 5:00 AM No comments:

We must have more housing for those without!

The solution to chronic homelessness is homes, which sounds stupidly obvious but isn’t.

When people end up on the street and stay there, it’s usually not just because they can’t afford the rent. A whole host of things have come apart in their lives.

Putting a life back together is hard, especially without a roof and a bed. The longtime practice of getting tough with people who are down-and-out — through anti-loitering ordinances and crackdowns on petty offenses like public drunkenness — satisfies a public hunger for enforcing personal responsibility. But some people cannot be punished into  self-sufficiency. For them, the cycle of chronic homelessness – shuttling between jail, emergency room, hospital, shelter and street — can be all but impossible to break.

This is why more policy makers have embraced the idea of supportive housing, also called “housing first,” which admits chronically homeless people into subsidized housing and gets them social services and treatment for health problems and addictions. This approach is more effective, more compassionate and far cheaper than withholding services and shelter while you wait for troubled people to get their acts together.

It’s working across the country, in places like Jacksonville, Fla., and Nashville. It’s working with veterans. A 102-unit supportive-housing complex in the Skid Row section of Los Angeles opened on Wednesday. It includes a health clinic and the headquarters of the Housing for Health division of the county’s Department of Health Services. The complex, called Star Apartments, is beautiful in an artsy-architectural way – its crazily stacked pre-fab units are not what we are used to seeing when the government tackles poverty. But you could also call it beautiful for what it is trying to do.
Posted by Larry James at 11:03 AM No comments: 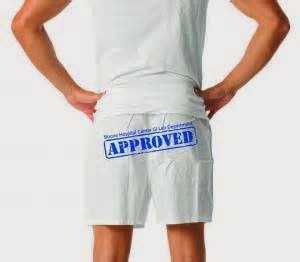 I took off earlier this week to take care of  a routine wellness screening.

If you haven't scheduled yours, do it today!

That's so very easy to say, to consider, to schedule and to afford, for most of us.

But not for all of us.

Access to quality, basic wellness strategies and health care benefits remains largely unavailable to millions of Texans--almost 5 millions to be exact.  That number represents 32% of our population, and makes us #1 in the number of uninsured in the nation.  A dubious distinction indeed. The translation, deadly.

People talk about "death panels" in conversations about universal health coverage and its results.

Our current system functions as one giant, pre-wired, "death panel."

If you don't qualify for insurance coverage of some sort--private or public--you are largely on your own.  The cost of paying for treating the uncovered after their conditions worsen to the point of administering heroic, end of life treatments is astronomical, resulting in huge loses to us all.

As medical staff handled me with great care and respect earlier this week as I accessed a routine preventive procedure, I thought of the 1 of 3 fellow Texans who cannot expect such treatment or experience such options all because they cannot afford to pay.

Many who finally do access such treatment will find that it is too little, too late.

Is this really the kind of Texas we want?
Posted by Larry James at 5:30 AM No comments:

By way of reminder, here's a "check list" of facts that I discovered during the past several months working as Chair of Mayor Mike Rawlings' Task Force on Poverty in Dallas.

--Dallas competes with Philadelphia for being the 3rd or 4th poorest city in the U. S.  We go back and forth on this "distinction."

--Dallas is the poorest city in the US among cities reporting a population of 1MM or more.

--In Dallas public schools about 90% are eligible for free and reduced lunches.  That percentage is 73% for public school children who live and go to a public school in Dallas County.

--Increasing numbers of us live in area of highly concentrated poverty and the trend is spreading.  In 2000, Dallas reported 18 census tracts of high concentration of poverty (about 10% of all our poor). In 2013, that number had increased to 32 tracts (about 20% of all our poor).

--Areas of concentrated poverty produce health and social outcomes in a context of "toxic stress," a condition that has been identified and studied in the last decade.  "Toxic stress" results from a pathological, comprehensive "surround" that confronts our very poor neighbors here in Dallas day after day.

How do we go forward?

Any serious plan to cut into poverty must involve serious conversations about wages and tax policy.

We have neglected our human "infrastructure" for far too long.  Our short-sighted policies have caught up with us.  We must act decisively for the sake of our community's future.

And, the operative value, the back drop for every conversation, debate and action seems clear to me:  COURAGE!

Email ThisBlogThis!Share to TwitterShare to FacebookShare to Pinterest
Labels: funding for battling poverty, poverty and tax policy, poverty in Dallas

The poor among you

By Ken Camp on March 30, 2012
© The Baptist Standard
They gather at dawn at day-labor centers or designated parking lots where contractors hire workers. Some stop on their way to pick up a cheap breakfast taco at a convenience store, buying their meal from an employee earning minimum wage. At the store, they wait in line with members of a crew purchasing gas for the mowers and trimmers they will use to cut the grass of other people's lawns.

They are the working poor—people who may work more hours a week than the average salaried employee, but they do it at a cobbled-together assortment of part-time jobs without benefits. Some find themselves trapped in the situation because they lack the education or technical skills to find a better job. Others lost salaried positions due to economic recession and are working part-time or temporary jobs to try to make ends meet.

Continue reading. . .
Posted by Larry James at 5:30 AM No comments:

Email ThisBlogThis!Share to TwitterShare to FacebookShare to Pinterest
Labels: hunger and community, hunger and justice, hunger and the working poor 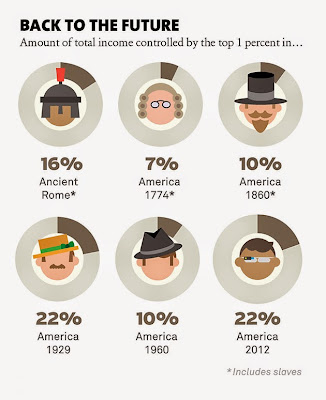 Posted by Larry James at 6:30 AM No comments:

Email ThisBlogThis!Share to TwitterShare to FacebookShare to Pinterest
Labels: beyond charity, breaking the poverty cycle, poverty and community

Posted by Larry James at 5:59 PM No comments: