Almost any worthwhile discussion of poverty and how to overcome it will create lively debate and, at least sometimes, useful tension.

We have enjoyed our share of this hopefully friendly argument here from time to time.

I have noticed that whenever it is suggested that public solutions or even public contributions must play an active and strategic role in addressing and overcoming poverty, many people respond negatively.

There are many reasons behind such negative responses, I know. Some are valid, some not so valid in my view.

From a community development standpoint here is what I do know.

Some neighborhoods can decline so precipitously and can become so ill and weak that only a massive effort can reclaim them for health and life. Such efforts by definition require public engagement at the policy level and public investment in funding renewal efforts.

Earlier this week I was involved in an exploratory meeting about just such a neighborhood here in Dallas. The average income in the community in question is well below the federal poverty level. Half or more of the residents of the community earn much less than $10,000 annually.

The housing stock in this community is old, dilapidated, unsafe and deteriorating. Except for a liquor store or two, an over-priced convenience store and a washateria, retail establishments are non-existent. The public infrastructure is in grave disrepair. The suggestion of improving city code enforcement makes people who live in the community laugh. Crime is high. Educational opportunities are low grade. The concentration of poverty is staggering. Measured by any indicator this community is in the throes of death.

How can it be turned around? What must happen here in order to change the deadly reality of this neighborhood in its current condition?

First, we must admit that the problem is far too entrenched and too complicated to be adequately addressed by charitable solutions alone.

Philanthropy will likely be called upon to play a part, but not at this point. Habitat for Humanity has built a few homes in the area, but even they recognize that their housing stock cannot be the only effort if community turnaround is the goal. 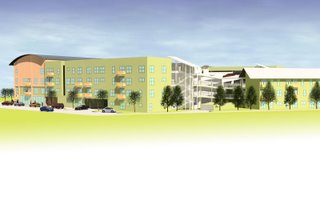 Second, public forces and resources must be directed toward the community.

A major injection of capital will be required to revitalize the area. For example, the U. S. Department of Housing and Urban Development (HUD) has developed an effective neighborhood renewal strategy in HOPE VI. HOPE VI is a development funding product that allows local housing authorities to redevelop and redesign communities around public housing strategies.

The Dallas Housing Authority has received several of these multi-million dollar grants and has effectively brought renaissance to a number of neighborhoods in other parts of Dallas. 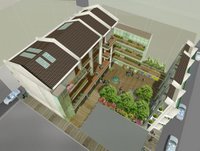 The neighborhood in question here is home to two very large public housing developments. Both should be torn down and redeveloped. HOPE VI funding would make that possible. If the density of the housing were reduced and if home ownership became an option via this mechanism, the neighborhood would begin to change.

As the housing renewal takes hold and as homeowners come on the scene, the possibilities for new retail and for job opportunities in the community become much more feasible.

But the fact is, this neighborhood is effectively dead for another two decades or more without a massive infusion of funding to jump start the market forces that could carry the renewal forward to a positive conclusion.

I think most of us understand the importance of charity, of volunteering to help people and of good will in the private sector.

What we must come to grips with is the fact that some community problems, shaped by poverty, are of such a depth and scale that effective responses demand public involvement marshaled for deployment at an equally grand scale.
Posted by Larry James at 5:40 AM

Larry - do you ever find it interesting that these same people think nothing of their tax dollars going to widen, say, McDermott Road in Plano, from two lanes to four lanes and from four to eight, and from eight to a limited access toll road? After all, this is where the people want to be - and their needs must be met with more and more lanes of thoroughfares to accomodate this need. Then, in a flash, that area has become too urbanized, so we must escape to Celina and let the traffic genie start over. Strikes me as odd.

Speaking of employment training, I read on the internet last night that there was a job fair in Austin for Katrina victims. Buses were sent to pick the people up but only ONE person went. Perhaps they are too accustomed to the government taking care of them.

Larry, even I, libertarian Todd, cannot argue with the necessity for funding peoples' homes.

What type of funding is needed? 1 million? 2 million? 25 million?

I would say that there is $25 million in the churches in Dallas. What if the time and energy that was spent lobbying for policy changes was spent educating and influencing lay members in churches?

I'm not saying that would do it, and I recognize my naivete' is on display, but I feel that is a better way to change the world for Good.

Larry, do you have some type of anti-libertarian control on your blog? I have the longest verification word ever: eykardkeysle

Anonymous, reports on the Internet can be accurate or not, depends. I did not see the report you reference.

That said, the report could be true.

Your assumptions as to what the action of those who didn't get on the buses means is the problem here.

Who was sponsoring the job fair?

What kind of skills did the people in question have? How did those match with what they understood about the fair? Did they feel qualified, or might they have been intimidated?

Now we are actually back to employment training--something quite different than a job fair.

The typical HOPE VI grant is in the $35 million range. The Dallas Housing Authority has received several with the total approaching or possibly exceeding $100 million. The transformation in West Dallas has been dramatic, as has been the result in East Dallas where we work.

The energy to just get churches to put places like ours in their budgets is unbelievalbe. Lay people don't know how hard it is.

This year churches will provide us way below 5% of our budget. If you can help me or tell me or show me how to get $1 million out of Dallas churches for our downtown project, I would love to have you do it. Seriously. Help me! :)

I'm a little shocked and appaled at the miniscule amount churches provide for your budget. I fear that our churches are losing sight of "The Secret Message of Jesus." (That Jesus meant what He said - not really that big of a secret, is it?)

Maybe they're just getting longer?

Todd, do you really think the solution is "education"? Is our problem knowledge or will? Is it bad theology? Or is it that we have sanctified our culture rather than embracing the Kingdom of God? In a day or so I will post a note about hearing Bono last Friday evening. Rock stars as prophets? Preachers as entertainers? Weird world, huh?

That's funny, because I originally typed engaged and then feared it wouldn't make sense.

I think bad theology is a great way to put it. We've been more worried about orthodoxy than orthopraxy. I think it's time for Christians to put their money where their heart is (should be).

In response to a
Anonymous regarding the job fair in Austin, what was not reported in the internet news blurb(but was reported in the Austin paper) was the fact that the job fair was not publicized at all until a day or two before it was to happen. Hmmmmm...maybe that had some impact on getting people out!!!